The American Library Association defines information literacy as "possessing the set of skills to recognize when information is needed and have the ability to locate, evaluate, and use effectively the needed information."

Why is this important?

Theme: Oxford Dictionaries recently announced post-truth as its 2016 international Word of the Year. Oxford defines the word as relating to or denoting circumstances in which objective facts are less influential in shaping public opinion than appeals to emotion and personal belief.

​If your mother says she loves you, check it out - old newspaper saying

NewsGuard is a plugin you can install on your Google Chrome browser that will automatically provide a stoplight-style rating (red, orange, green) of any online news source you visit, with easy access to "nutrition label" write-ups on each source. Read more about the product in this Wired Magazine article.

A similar site is Media Bias/Fact Check which describes itself as "the most comprehensive media bias resource on the internet. There are currently 2900+ media sources listed in our database and growing every day. Don’t be fooled by Fake News sources. Use the search feature above (Header) to check the bias of any source. Use name or url." -- NewsGuard gives the good marks for credibility and transparency.

This helpful chart was created not by a journalist but by a patent attorney with a degree in English and a passion for analyzing the media. Despite her lack of formal expertise in this field, her analysis is sound and based on more scholarly articles from the Pew Research Center and MediaBiasFactCheck. The chart has gotten a ton of press and has been continuously improved and updated, so be sure to go to the source to see the latest version (it is not auto-updated on this site), and to read about how it was compiled. 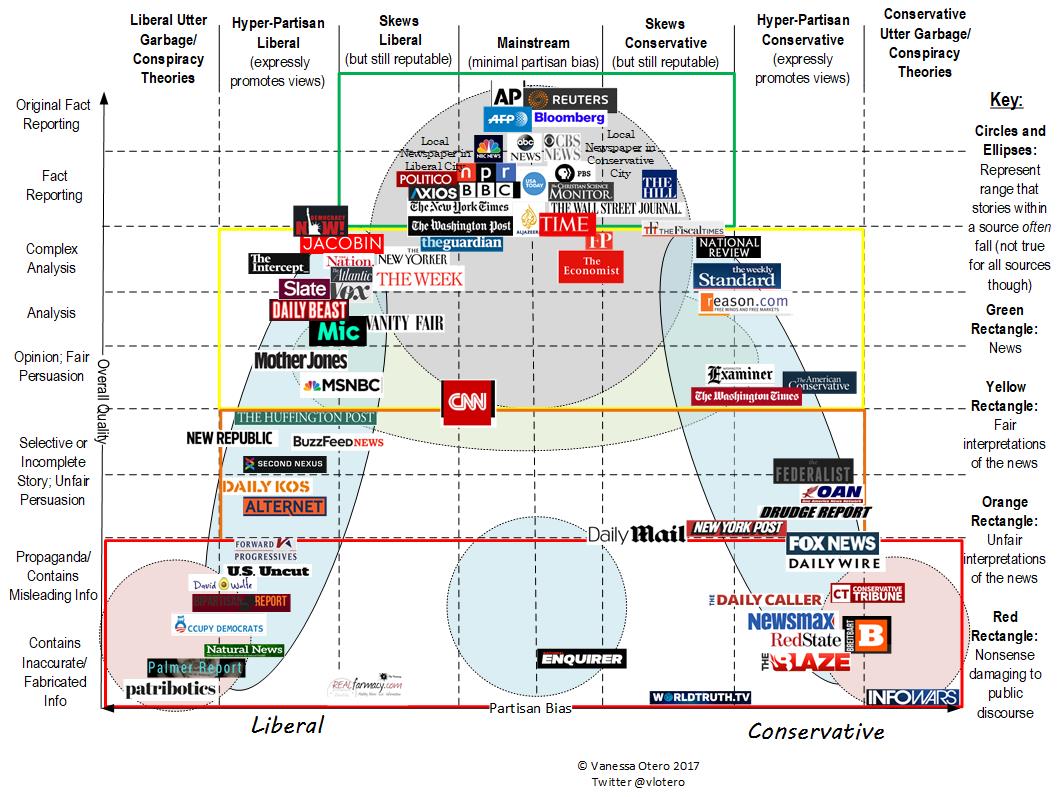 Use the criteria below to evaluate the appropriateness of a website for academic research.